With the advent of warmer temperatures, graduations, and cookouts comes travel, travel many Americans have not embarked on in the last two years.  Leisure travel demand is expected to skyrocket this summer, with Forbes magazine predicting high costs for flights, cabs and car rentals.  The World Travel and Tourism Council projects pre-pandemic levels of travel, adding $2 trillion to the US economy. Many of us look ahead to being in a different state, region and country this summer free from restrictions and rules.  Those headed to the eastern part of the United States may want to remember Lyme disease, a bacterial infection caused by the bite of a tick. According to the CDC, Connecticut, Delaware, DC, Maine, Maryland, Massachusetts, New Hampshire, New Jersey, New York, Pennsylvania, Vermont, Virginia, and Wisconsin are among the states with the highest levels of Lyme disease. 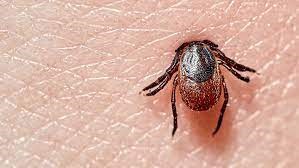 Lyme disease is caused by the bite of a tick, and Borrelia Burgdorferi, the Lyme disease bacteria carried by ticks.  First discovered in 1975, Lyme disease is named for the town where it was first discovered in Lyme, CT.  Lyme is most commonly spread by the blacklegged tick or deer tick, or western blacklegged tick. Ticks need to be attached for 36-48 hours in order for Lyme bacteria to be transmitted.  Most humans are infected by nymphs, the immature tick, which are small and difficult to detect. Nymphs feed in spring and summer. Easy ways to prevent tick bites are to keep lawns mowed and short, to stay on trails and mowed areas, to wear long pants and long shirts and hats while outdoors, to spray clothing with Permethrin and to use DEET sprays, Picardin or Oil of Lemon Eucalyptus on exposed skin. Those visiting wooded areas should check themselves regularly after coming inside, shower immediately and search difficult to see places like the groin, scalp, underarms and behind knees.

Early signs of Lyme disease include fever, chills, headache, fatigue, joint pain,  a telltale circular rash and swollen lymph nodes.  These symptoms can worse days to months after a tick bite and can later include dizziness, shortness of breath, nerve pain, heart palpitations or facial palsy.

If you find a tick, follow the guidelines for safe tick removal. Consider sending the tick off to an independent lab for testing and consult your primary care physician immediately to see if a course of antibiotics is to be prescribed. Doctors may test a person’s own antibodies to see if a response to infection has been mounted.  At its worst, Lyme disease can cause serious neurological issues. The CDC classifies Lyme as the most common vector-borne disease in the US with approximately 476,000 cases a year.

The CDC has awarded nearly $50 million to five universities to establish regional Centers of Excellence to help effectively address emerging vector-borne diseases in the United States. Scientists and public health experts at the Northeast and Midwestern Regional Centers of Excellence will have a strong research component involving the surveillance and control of disease-carrying ticks. At this time, there are not currently any Lyme disease vaccines, but there are clinical trials underway being conducted by Pfizer and Valneva, currently in Phase 2 human trials.  MassBiologics has developed a human monoclonal antibody designed to protect against Lyme disease and would be administered at the beginning of each tick season. 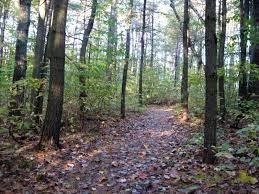 As our patients and friends make their way outside this spring and summer, remain vigilant in areas where there is a high incidence of Lyme disease. Prevention can go a long way in enjoying time outside.  If you have concerns, talk to your Roseman Medical Group healthcare provider.